The sequel to Inuyasha's sequel TV animation "Yashahime: Princess Half-Demon" (Hanyo no Yashahime) will start broadcasting in the fall of 2020!

Twins "Towa" and "Snow" of twins of Yukiomaru appearing in "Inuyasha". Inuyasha and Kagome's daughter "Morohah". A new story by Half-demons.

Inuyasha's sequel was announced and who is the wife of Sesshomaru? Has become a hot topic. 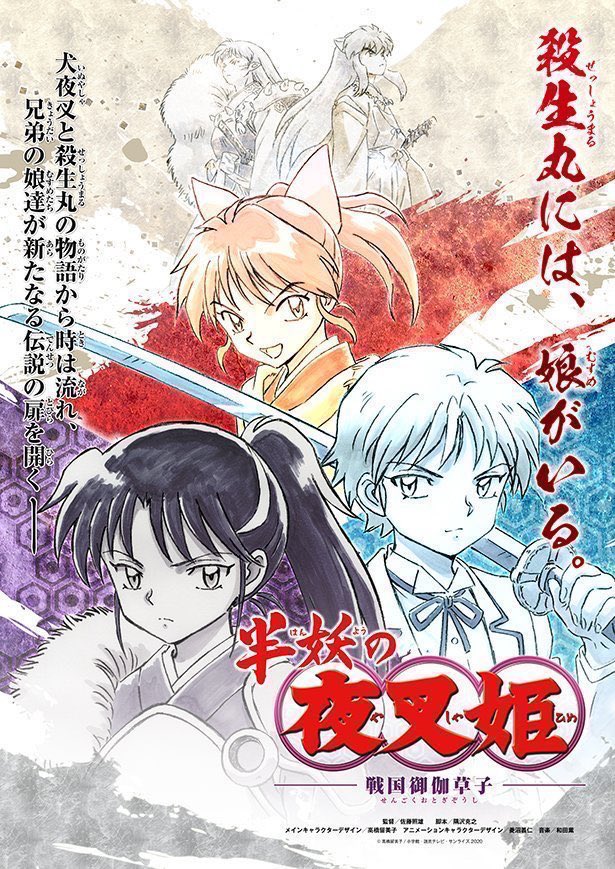 Who is the wife of Sesshomaru?

Three girls will be the protagonists of Inuyasha's sequel, "Yashahime: Princess Half-Demon".
"Towa" and "Setsuna" are said to be the daughters of Sesshomaru, but their mother's name has not been announced.

As a wife of Sesshomaru, "Rin" is a candidate.In Inuyasha, she is a girl who was near Sesshomaru and changed Sesshomaru.

However, in Inuyasha, there is no description that Rin and Sesshomaru are lovers.At the end of the story, Rin was a child, and Towa and Setuna were at the same age as Inuyasha's daughter, so she could have married another woman.

Rin and Sesshomaru, who were not lovers in the main story.

The CD you can get by purchasing the whole volume of Inuyasha Comics has a story about the propose of Sesshomaru.He talks about wanting Rin to be his wife and gives words like proposal in the game.

However, since it has not been transmitted to Rin and this CD is not the main story, Rin has not been confirmed to be his wife.

I think it's safe to say "Rin," but it's strange that the mother's name isn't written in her daughter's career. The sequel anime will be released this fall, so stay tuned!